Mobile crane definition: A mobile mechanical plant that is able to be configured to lift or carry a suspended load. This definition includes “Fully”, “Semi”, “Portable” “Articulated” and “Truck” mobile cranes. For the purposes of the Approved Code of Practice, this definition also includes:
– Construction equipment, such as excavators configured with hooks or other lifting devices and used for purposes other than duties associated with the primary function of the machine (e.g. other than placing of pipes in a trench).

In crane movement terms, a slewing crane lifts its load, suspends that load in mid-air, and then rotates it via a boom rotating mechanism. Non-slewing cranes, on the other hand, lack a rotating base section. Hold that major difference in mind as we see how it affects slewing and non-slewing mobile cranes, for their compact outlines must adjust to accommodate these differences.

This primary difference complements a typically mobile profile. The permanent articulation joint raises a load and repositions the load elsewhere, but only when the mobile truck employs its drive section. Slew incapable, the mobile lifter is highly maneuverable due to its four-wheeled chassis, with its crane section assuming a more solid build as it chiefly lifts and lowers its payloads.

Difference between slewing and non-slewing cranes

What Type Of Mobile Crane Should I Hire?

Every business is different, with an assortment of day-to-day requirements – from lifting goods to transporting them across the state.

So when it comes to hiring equipment for your business, particularly cranes, it is important to remember that there is no one size fits all approach to follow.

Before you splash out to hire equipment you may not really need, it is worthwhile sitting down as a team to brainstorm how your workplace could benefit from hiring new equipment, such as a mobile crane.

A little planning will go a long way to ensuring the crane you hire is best suited for your business’ day-to-day workload.

The Basics to Consider

Mobile cranes can generally be categorized into three types:

For companies that need a mobile crane with some oomph, a hydraulic crane may be your best choice!

Hydraulic cranes use an internal hydraulic system, rather than a standard diesel motor, which gives the crane more power to lift those heavy loads and smooth handling.

Thanks to their structure, these cranes have many configurations that can sustain long boom lengths. This makes lattice boom cranes a great choice for businesses needing to access new heights!

Lattice boom cranes incorporate crawler cranes and are self-propelled on tracks; they are generally transported to the site and set up on-site to suit the project-specific needs.

The big difference between slewing and non-slewing cranes lies in the ability to rotate the boom or jib. Non-slewing cranes have a fixed base and are sometimes referred to as pick and carry cranes, as they can easily transport loads across your worksite.

Courses to learn the necessary skills, to safely operate a mobile crane, include the following topics:

A non-slewing machine mounts sensibly on the rear of a flatbed truck. Evolved versions of this configuration travel on highways and dirt tracks, with the wheels of the vehicle acting as the boom conveyance mechanism. Conversely, slewing turntables add flexibility to the operation.

They’re versatile, plus they can hunker down in place thanks to a series of extending outriggers. Meanwhile, the smaller non-slewing crane finishes its workload, moves to another site, and then uses its compact outlines to conduct another lift operation. Consequently, both crane types are invaluable, but they’re designed for slightly different applications.

A jib crane works in such a way that it can rotate its load while the load is suspended from the boom or jib. There is a boom rotation mechanism inside the jib cranes that allows the machine to maneuver the load during the lift.

For example, a jib crane might pick up a load, rotate 90 degrees clockwise, and then lower the load. On the other hand, non-rotating cranes can pick up a load and raise it higher or lower, but cannot easily change the location of the load, since the boom and arm are not equipped with a rotating mechanism.

Jib cranes are very versatile and can do many jobs that a non-rotating crane could not.

The jib crane must be planted on the ground to ensure its stability, which means that while the crane can rotate, the base of the crane is fixed.

However, due to the rotational capabilities of a jib crane, a position on-site that allows the crane to do the job with minimal disturbance is advisable.

Jib cranes are best suited to large sites, where the crane has enough room to turn.

It is also worth considering the use of a mobile jib crane, in which the boom and arm are mounted on a turntable at the rear of a vehicle.

Mobile jib cranes are very versatile but are limited to smaller loads as they are not on land.

What is slewing in Crane?

In crane terminology, slewing is the angular movement of a crane boom or crane jib in a horizontal plane. Any type of mobile crane includes truck loader, crawler, and non-slewing articulated cranes.

What are the different types of mobile cranes?

This article focuses on hazards, including where they might be found in different workplaces. We also provide you with a range of further resources to make your risk assessment process as smooth as possible. 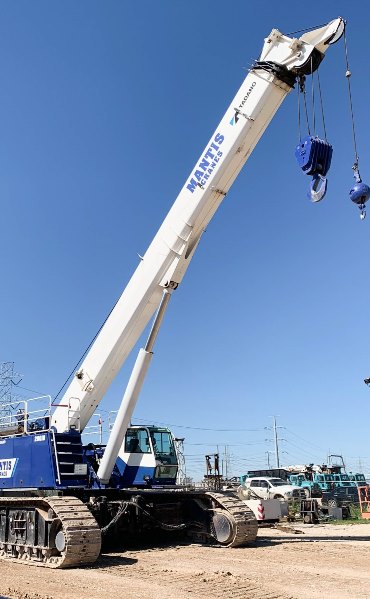 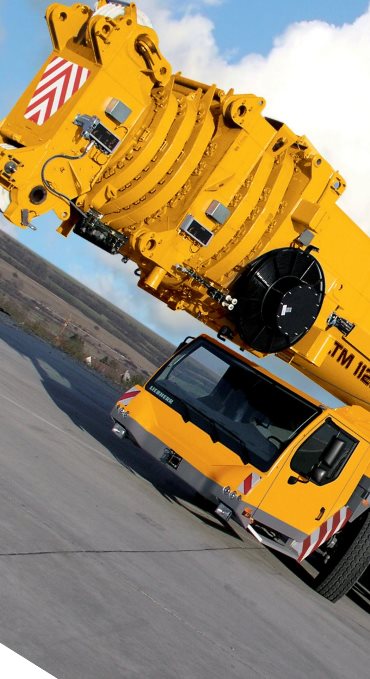 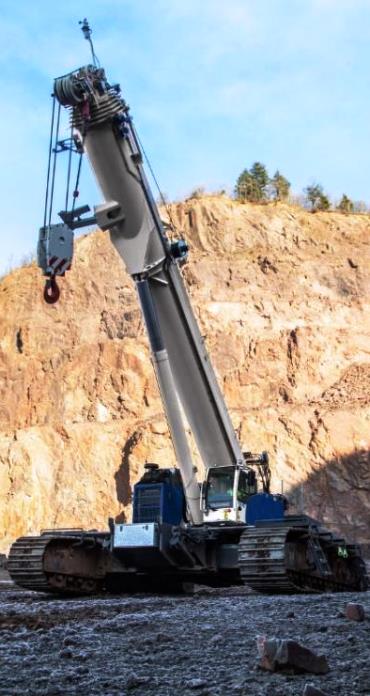