List of mining equipment: Mining is the extraction of valuable minerals or other geological materials from the land of a deposit.

For this extraction to be done efficiently, we need machinery specialized in mining. These mining equipment have reinforced chassis and more powerful engines so that they can transport all the material.

Some mining machines are used to transport mining or workers (miners), you can also use machinery to introduce explosives with a longitudinal arm making the explosion more effective.

Other types of mining machinery are used to introduce the concrete into the wall of the rock making it more consistent and safer.

Within the mining operations, the activity of management and management of machinery for minerals, affects the cost of operation in general, mainly due to the large amount and variability of resources involved in it.

A large part of the technological innovations points to this activity, both because of its importance in the cost of operation and in the number of stages involved.

The management in the handling of minerals, or materials in general, seeks to optimize resources to achieve a simple but complex objective that is the transfer of material from one point to another fulfilling certain quality and quantity requirements in a defined period of time and at minimum cost.

Open pit mining is an industrial activity that involves the removal of large quantities of soil and subsoil, which is then processed to extract the mineral. This mineral may be present in very low concentrations, in relation to the amount of material removed.

It is a large excavation machine, so they build it in the place where it will be used, in mining and in civil engineering to move large amounts of material. It is especially useful in places flooded for example for the construction of ports. Its weight easily exceeds 2,000 tons to reach in some cases at 13,000 tons.
The dragline is formed by the following parts:

Excavator shovel or mechanical shovel is a self-propelled machine, on tires or tracks, with a structure capable of rotating at least 360 ° (in one direction and in another, and without interruption) that excavates land, or load, lift, rotate and unloads materials by the action of the spoon, fixed to a set formed by boom and arm or rocker arm, without the supporting structure or chassis moving.

It is a continuous production machine in which the functions of starting, loading and transport, within it are separated, the first two being made by the impeller and the last by a system of conveyor belts.

This machine is for transporting earth from one direction to another where it can be seen in the image is not to transport a large amount of land is to carry the specific where it is released by the earth when moving.

It is a type of bulldozer that is mainly used for earthmoving, digging and pushing other machines. Although the blade allows a vertical movement of elevation, with this machine it is not possible to load materials on trucks or hoppers, so the movement of the earth is done by dragging.

The trucks have been specializing and adopting a series of characteristics of the work to which they are destined in the mines are responsible for transporting the ore and sterile to the dump. In the majority the structure is integrated by a supporting chassis, generally a structural frame, a cabin and a structure to transport the load.

Soft rock mines, such as coal, do not require the use of explosives for extraction. These rocks can be cut with the mining tools provided by modern technology. Soft rocks are also salt, potash, bauxite.

In hard rock mines, extraction is carried out by drilling and blasting. First holes are made with compressed air or hydraulic drills. Then holes are inserted into the holes and an explosion is caused to fracture the rock. The blasted rock is loaded into steeply inclined galleries, through which the rock falls into an access shaft. It is loaded into containers called ladles and removed from the mine.

Its technical name is jumbo drilling which the main function of this machine is the drilling of work fronts to subsequently perform the corresponding trimming. This equipment is very effective and reliable which it’s working time is much lower than how it was done in the past, which is why it is of great help for bigger and safer productivity.

Equipment used to meet the needs of workers in the work fronts, either to perform the loading of explosives as well as the fortification respectively that is carried out at the work front is very useful for the progress of the work that must be done in height

Technology advances at an impressive speed and, as such, it expands to different markets. The mining sector is not the exception and the suppliers of the sector are not left behind. The market for heavy mining machinery offers cranes, excavators, trucks, among others. Next, the off-road of mining.

An essential indicator in heavy equipment for mining is that they can generate the lowest cost per ton moved, following high safety standards. That is why various manufacturers have been developing continuous improvements in their equipment to provide more and more productivity and efficiency in operating costs.

In the same way, it seeks to have superior control capabilities and comfort for the operator, with high safety standards, attributes highly valued by mining clients.

In this sense, technology has been evolving over the years, gradually, positively impacting the productivity and safety of heavy machinery.

Another equipment that we can mention is Caterpillar underground mining equipment, which stands out for its information systems, which allow access in real-time, via the Internet or through a cellular signal, to reports on the health of the blades and how they are being used. Operated.

“These systems even make it possible to observe them in motion through a 3D model. Thanks to these analysis and monitoring capabilities, it is possible to maximize the performance of the equipment, “says the company.

“The production levels help us define the amount of equipment and the combination in the operational cycle (match shovel truck, drill angles, etc.) are important details that must be analyzed,” he says.

It indicates that the aspects that are most valued in the selection are the performance of the equipment, the cost (of investment and of maintenance), and the ergonomics (cabin, seats, visualization, and operation of the equipment).

“Prior to the purchase decision, a benchmarking of the brands that already exist in the market and comply with our standards is made, in addition to taking into account the requirements and observations of the operational areas (mine and maintenance), and the opinions of the operators,” he says.

Working in the mining industry can be a dangerous place if you don’t know what you’re doing. Regular training is essential and understanding the machines you’re working near or operating plays an important role in all aspects of the industry.

From drilling machines to excavators, crushing, and grinding equipment, the industry comes complete with all the right mining tools. New to the job and want to find out what it all means? Here are a few of the industry’s most common types of equipment and why they’re important for the job.

Probably one of the most common pieces of mining equipment, drills are an important part of the underground mining operation. Underground mining is carried out when rocks or minerals are located at a fair distance beneath the ground.

Blasting Tools: Blasting tools are an essential part of the mining industry and are used to break down and fracture materials (usually rocks) by use of a calculated amount of explosive to liberate the sought-after product from the waste material.

For above-ground mining, earthmovers are utilized regularly to carry loose soil and earth from one location to another. Earthmovers play an important role in the mining industry because the equipment is specifically designed to work on large earth-moving and mining projects for a faster and more practical process.

As its name suggests, crushing equipment is used to crush rock and stone. Designed to achieve maximum productivity and a high reduction rate, mining crushing equipment can come in a variety of different types for a range of jobs.

What equipment is used for mining?

In traditional surface and underground mining, hammers and chisels with pickaxes and shovels are used. Minecarts are used to move ore and other materials in the process of mining. Pans are used for placer mining operations, such as gold panning.

What types of mining are there?

What is the global trend in mining equipment?

Every time you work, with trucks and large machines. Before they were trucks of less than: 100 or 150 tons. Then, with trucks of 240 tons or more, that was the biggest thing. In 2011 we entered the category of 400 tons, it was 14 meters high. Today that is the current trend. (Managers of mining companies)

What is open pit mining?

Open pit mining is the most common mining technology when it comes to new mines. In this technique, the soil is excavated and the mineral separation and the remaining soil material occurs on the surface. The first step in this process is the extraction of the ore (beta with high mineral grade).

How does an underground mine work?

All underground mines have some crucial components in common: ventilation shafts to clear toxic fumes from drilling and blasting; escape routes; access shafts to lower workers and equipment; ore-transport tunnels; recovery shafts to carry excavated ore to the surface; and communication systems to send information back.

Why mining is done so deep in the ground?

Underground mining is used for ores that are deep in Earth’s surface. For deep ore deposits, it can be too expensive to remove all of the rocks above the ore. These methods are more expensive than surface mining because tunnels are made in the rock so that miners and equipment can get to the ore. 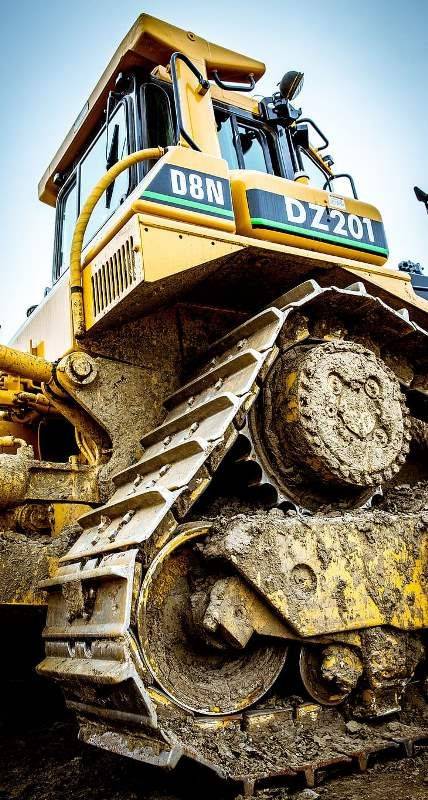 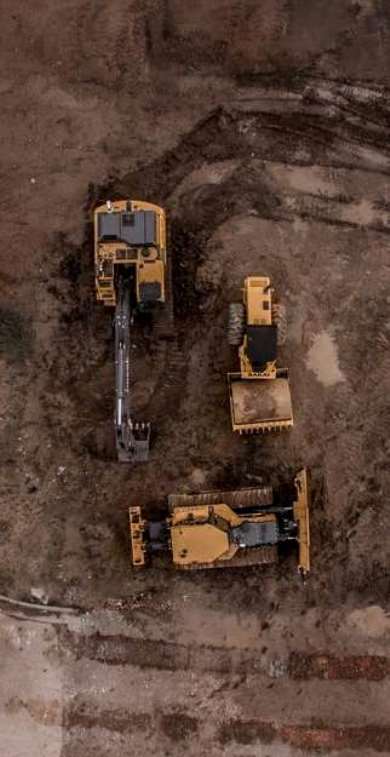