Overhead crane equipment parts can be broken down into four main categories:

No matter the make or model of your material handling equipment can provide universal overhead crane parts from these four categories to support high-value equipment such as satellites, heavy equipment such as turbines, and difficult load-lifting configurations such as aircraft assemblies.

To keep your overhead cranes, hoists, and trolleys in service, the availability of interchangeable replacement crane parts is paramount; but first, having a solid understanding of these components and their various functions is crucial to limiting production downtime and preventing emergency situations.

This type of overhead crane is used in those plants where the lifting and transport of heavy equipment and/or accessories through a work surface are required.

They are used in the steel industry to transport large products such as coils, in the automotive industry to assemble automobiles and in the paper industry, they are used to maintain heavy machinery. These overhead cranes consist of three main parts:

Bridge girder: It is basically the whole mechanism that causes the translation movement.

It is the structural part of the crane formed by steel beams, A-36 steel is generally used (ASTM structural steel standard), made from plates, it is one of the biggest and heaviest elements in the crane. The bridge moves by means of rails along the nave in a direction perpendicular to the lanes.

It is the mechanism that holds the lifting system has moved from the inside out and vice versa.

It can be built as a unit or in sections depending basically on its weight and dimensions.

Its shape, dimensions, and weight are variable since they are designed and built according to the needs of each crane, which vary according to their load capacity and type of service.

Hook block: It is the part responsible for carrying out the movements of lifting and lowering of the load.

A structure whose function is to support the bridge beams of the crane, and by which the displacement and guidance of the same are affected.

Rail tracks can be designed by IPR profiles (structural beams), as dimensions are required.

Metallic structures whose function is to support and hold together the beams of the bridge of the crane, in addition to housing the driven and driven wheels of the bridge.

The construction of the heads can be formed by a single unit to support the number of beams that have the bridge or in small and independent for each beam of the bridge.

It is the lifting device of the crane, it moves along with the bridge on which it is located. The hoist, in turn, is housed on another rail that allows it to move to position itself between the two main rails.

The hoists with steel cable are motors coupled to a drum where the steel cable is wound in a drum which has a hook that lifts the load of a crane.

The cabins are used in overhead cranes so that the operator has greater visibility in the field of work and thus facilitate the maneuver of loading and unloading.

The heads of the crane are the structure where the wheels of the cranes are placed with their gear motors for the transverse movement along with the ship.

The wheels are placed inside the heads that move the bridge or the truck of the crane.

The rubber stops have the function of cushioning the blow of the structure of the bridge or the car.

Types of overhead cranes or bridge crane: These types of cranes are used to move tons from one place to another, usually, they are handled by two operators.

This type of cranes is similar to the overhead ones, the difference is that they are installed at a lower height.

This type of crane differs from the previous two, is attached by one end to the wall, its support capacity is very low.

In addition to simplifying some of the processes described above, there are two main reasons why a company would want to install an overhead crane, or a series of overhead cranes, in their facility:

Efficiency: Overhead cranes are more efficient than using a group of workers or tow motors to lift and move material and can work up to 2-3 times faster. Think about how a manufacturer, mill, or warehouse can streamline their processes and procedures by introducing an overhead crane to automate the lifting, maneuvering, and unloading of materials at their facility.

Overhead Crane Safety: Another advantage of installing an overhead crane in manufacturing, assembly, or warehousing facility. Cranes can be used to lift and move materials in extreme environments and can handle corrosive or dangerous materials like hot metals, chemicals, and heavy loads. A workstation or jib crane can be put in place to help workers move heavy objects in a controlled manner and help cut down on repetitive motion injuries and muscle strains.

Cranes lift and lower loads with a hoist that is attached to a trolley. The trolley moves back and forth along a bridge. The bridge moves along a runway. Some cranes – such as a jib crane – don’t have a bridge but still have a hoist attached to a trolley and can move a load in a horizontal direction.

A bridge crane is defined as a crane, fixed or able to move along a track(s) having at least one primarily horizontal girder and equipped with at least one hoisting mechanism. There are four main types of overheads cranes – top running, under running, single girder and double girder.

How does an overhead crane work?

What are the principal parts of an overhead traveling crane?

Do overhead crane operators need to be certified?

The rigger and signal person must be “qualified” for the position, but are not required to be certified. The OSHA requirement is simply for crane operators to be “qualified or certified to operate the equipment.”

How does an overhead crane work?

Overhead cranes cover a rectangular area, moving a load side to side and backward and forward. The lifting device, called a hoist is mounted on a trolley for horizontal movement across a bridge beam connected to one or more horizontal girders which are supported at either end by end trucks.

How does a gantry crane work?

The bridge can have a single-beam or double-girder structure. Gantry crane moves on a rail crane rails on four undercarriages. The undercarriage is equipped with protective arcs which minimize the chance of damaging to a minimum. The wheels for transportation trolley wheels are reinforced to avoid accidents.

Do I need a Licence for a gantry crane?

A license is not required for bridge or gantry crane operation, providing that: It is remotely controlled by way of pendant or radio, and the crane does not have any more than three powered operations.

What is the difference between a gantry crane and overhead crane?

What is the difference between Crane and hoist?

A variety of OEM parts and components are available for overhead cranes and hoists.

Overhead crane manufacturers in the USA

Some have wondered if in the United States they fix, manufacture, elaborate parts, and components of overhead cranes. 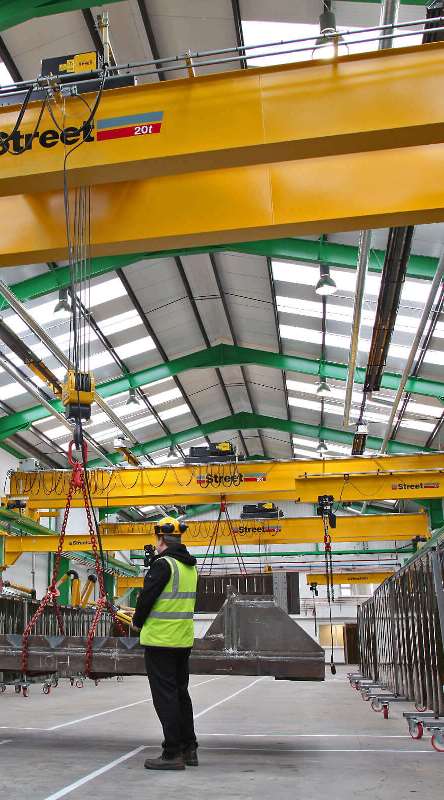 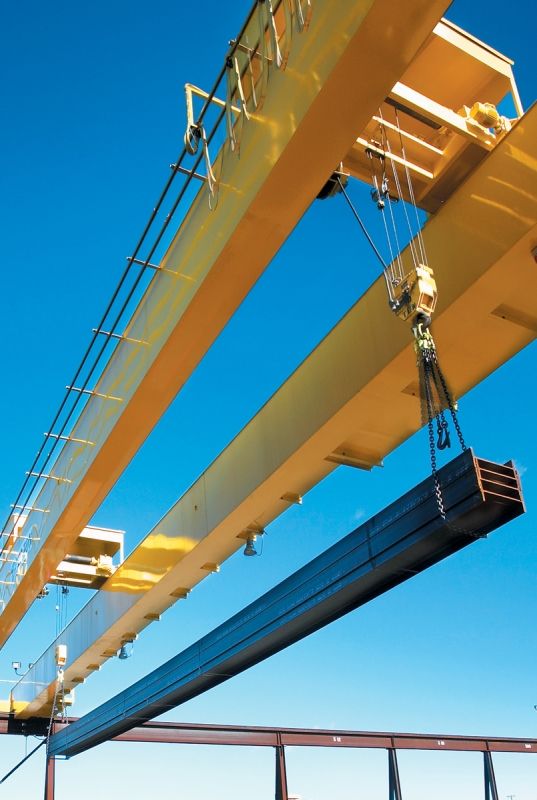 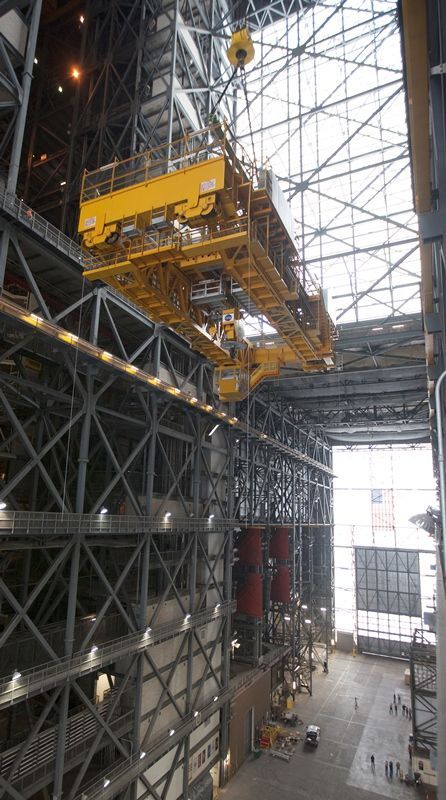