Amphibious Excavator – swamp excavator: Amphibious transporters have been specially designed to work in swamp areas and river deltas. Transporters consist of an undercarriage and an upper structure with a cabin, engine, and platform.

The machine can be custom-made to suit your needs. The structure is also inter-changeable. Transporters are multi-functional and can be used for a wide range of purposes. This includes:

The undercarriage of transporters is the same as that of amphibious excavators. The transporter has a lot of traction and is able to extract itself from riverbeds, while pontoons have sufficient buoyancy and low ground compression.

Amphibious excavators are easy to transport. The advantage of excavators with an adjustable undercarriage is that they can be transported in one go. Pontoons can be extended and retracted.

Watering machines weighing more than 15 tonnes are no longer adjustable. This choice was made to reinforce the platforms and pontoons used on heavier machines. After all, they do not need to be retracted.

Despite the fixed undercarriage, transport is more efficient than with adjustable undercarriages. Higher-class adjustable excavators exceed transport dimensions. This means a special permit must be requested, which unnecessarily delays transport and makes it expensive. Amphibious excavators can be assembled and dismantled within one and a half hours.

Machines of 20 tonnes or more are almost always used on large projects. This almost entirely eliminates the advantages of adjustable undercarriages.

Amphibious transporter: The upper structure can be transported separately from the undercarriage. Assembly and disassembly can be realized within an hour. The machine also complies with transport norms when it comes to height, width and length.

Some industrial uses of Amphibious Excavator

Dredging often is focused on maintaining or increasing the depth of navigation channels, anchorages, or berthing areas to ensure the safe passage of boats and ships. Vessels require a certain amount of water in order to float and not touch the bottom.

This water depth continues to increase over time as larger and larger ships are deployed. Since massive ships carry the bulk of the goods imported into the country, dredging plays a vital role in the nation’s economy.

Waterways come in different forms and some are just impossible for conventional excavators to work on. Amphibious excavators are specifically designed to take on such harsh environments up to 2-meter water depth.

Amphibious excavators can be equipped with a hydraulic dredging pump that can pump silt from the waterway floor over a long discharge distance of up to 500 meters.

With increasing weather changes and often unpredictable floods, amphibious excavators are often used to build up the shorelines for flood prevention. Levees along the riverways can be easily built using pontoon excavators.

Increasingly, swamp excavators are employed for landscaping areas that are near riverways and shorelines. Amphibious excavators have to be used because conventional excavators can easily slip and sink into the soft ground and get immobilized.

Highways do traverse different types of ground conditions. In construction, and where there is a waterlogged and swampy land area, the amphibious excavator can be easily deployed to work on the soft ground. It is also used to dig up tree stumps that if left underground.

As mankind’s dependency on fossil oil increases, finding more black gold requires the search in remote areas that often required special machines. Amphibious excavators have found use in the transporting of men and equipment into these areas. The benefit of pontoon fixed excavators is that they are very mobile.

The amphibious excavator can walk or work in water because the chassis crawler floats on sealed pontoons. It may swing or even roll over when excavating with no support underneath. It moves using a dual-body boat from a buoyancy tank.

A reducer drives the crawler chain, allowing free and smooth movement. Its upper structure is a modified excavator that allows 360° full rotation and hydraulic operation.

The machines have been developed to operate in poor load-bearing areas. The undercarriage is designed and built to have maximum buoyancy and low ground pressure. The low ground pressure ensures that the surface will have limited damage.

Other than that the amphibious excavator can be built with a new or used upper structure of choice. It is also possible to purchase only the undercarriage (this consists of two pontoons and a mounting frame).

All machines are durable, safe, and have proven reliability. The amphibious excavators are efficient and they have strong construction. The undercarriage is made of Cor-Ten steel and the bottom plates and wears strips are made of Hardox. Critical parts of the machine are protected to make sure they can’t get damaged by the use of the machine.

The upper structure is placed at the center of the machine. This has the advantage that the machine has a working range of 360 degrees and that the machine can be customized and equipped with extra options such as an extra fuel tank. Equipped with heavy-duty travel motors the undercarriage has a high tractive force.

Amphibious excavators can be used on land as well as on water. This means it is possible to easily cross swamps, moats, lakes, and other waterways.

The additional pontoons are built to fit the model of the undercarriage of choice. The pontoons are extra long, high, and wide for extra buoyancy.

The spud poles measure 20 x 20 – 30 x 30 cm and because of their strong robust appearance, the spud poles make sure that the machine is stable and can use more force while working. The spud poles are designed to go through the pontoon instead of being mounted on the back. This makes the entire structure of the machine and the pontoons stronger.

The pontoons are built with integrated steps to have easy access to the cabin. The steps and deck of the additional pontoons are covered with an anti-skid surface. The coupling system is easy to use and due to several locks

What is a hydraulic excavator?

what is the difference between an excavator and an amphibious excavator?

Excavators are heavyweight construction equipment whose house is outfitted with a cab, a boom, a dipper, and a bucket. The house is a rotating platform that rests upon an undercarriage with a track system.

An operator controls the apparatus from the cab. A boom is connected to the house and has a stick attached to the end known as a dipper, providing adequate digging force to pull the bucket through the earth. Buckets come in a host of sizes and shapes to perform a variety of functions.

Many other attachments are available to be used with the excavator employed in various applications, such as cutting, crushing, or boring, for example.

Amphibious excavators are engineered to have the most stable undercarriages constructed from the most reliable, state-of-the-art components available. Each undercarriage is fabricated to the specifications of the attached equipment to supply the lowest ground pressure, the best maneuverability, and the highest degree of buoyancy possible.

Dredging is the removal of sediments and debris from the bottom of lakes, rivers, harbors, and other water bodies. It is a routine necessity in waterways around the world because sedimentation—the natural process of sand and silt washing downstream—gradually fills channels and harbors.

What are the benefits of dredging?

The advantages of dredging are: Widening and Deepening: Dredging can be a critical process for the commercial shipping industry. Removing sediment can maintain the appropriate width and depth for enabling the safe, unobstructed passage of cargo vessels carrying oil, raw materials, and other essential commodities.

How is dredging harmful?

Sediment can smother seagrasses, which are the key food source of dugongs and sea turtles, and damage corals. Some activists want dredging to be banned completely, blaming it for releasing toxic chemicals, increasing water turbidity, and littering harmful metals throughout the food chain.

Why dredging is needed at the port?

In the shipping industry, dredging is generally carried out to increase the channel or port depth for ensuring proper bottom clearance, to improve navigation, and sometimes also for reclamation purposes (to reclaim material and use it later on land or in port development).

Amphibious Excavators are hard to find, if you are a contractor, you may be wondering why you should consider buying a swamp buggy excavator.

A floating excavator also called a swamp buggy, or amphibious excavator is an excavator equipped with a sealed floating pontoon.

What is a Dragline in Mining?

Draglines are an expensive and essential part of open-cut coal mining.

Hydraulic Excavator – how it works?

Essential in the mining sector, over time they incorporated hydraulics, automation, electronics, information technology, etc. Developed for engineering and heavy-duty. 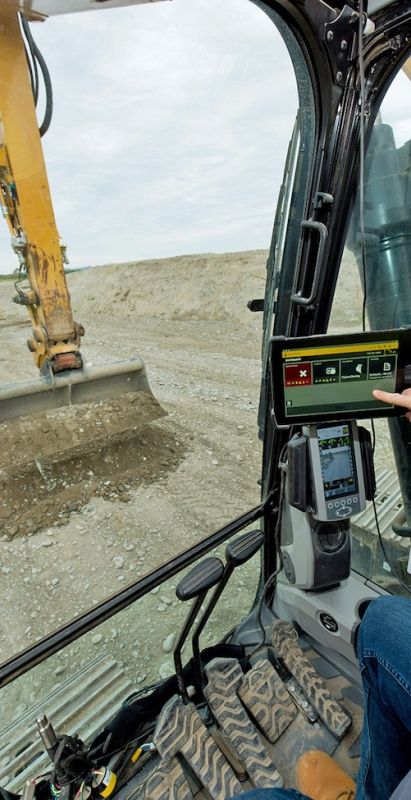